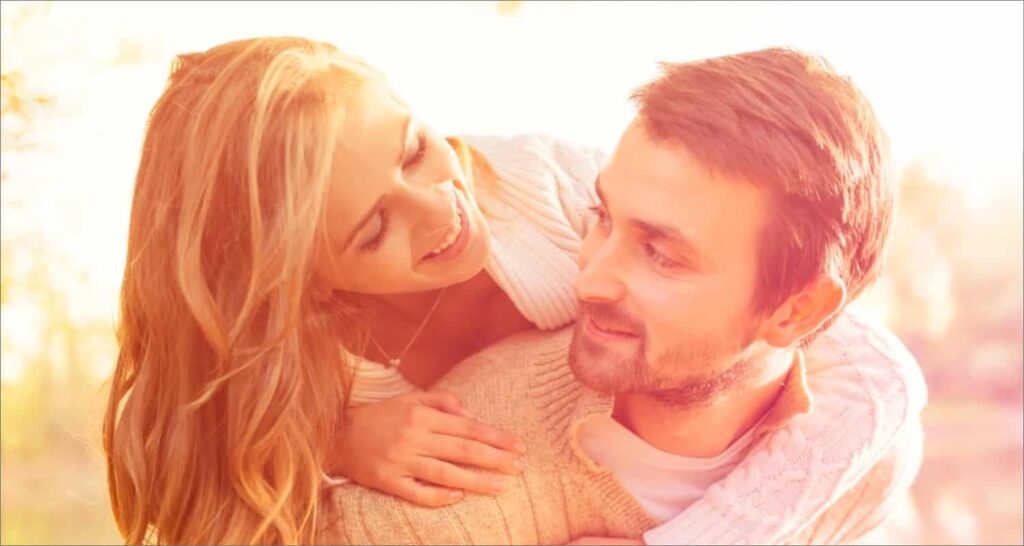 Why Do Guys Pull Away And Then Come Back?

Men can be fickle creatures. Sometimes in a relationship, your man might be sending you mixed signals. Maybe he pulls away but then comes crawling back later, acting as if nothing happened. This behavior can happen whether your relationship is casual or long-term and committed. Why are men like this? Why do guys pull away and then come back?

Men and women have a lot of differences when it comes to being in a relationship. The expectations and emotional needs of the female partner may differ from that of the male partner. Men and women process emotions and attachment differently, and navigating this successfully requires understanding from both partners.

With this difference between men and women in mind, let’s explore what happens when you’re enjoying your time with a man, and he randomly begins pulling away or putting distance between you. Let’s take a deep dive into this behavior and see if we can find out: why do guys pull away after getting close?

Why Guys Pull Away After Getting Close

Today’s dating scene has changed dramatically from the past. However, some things remain the same. You meet a new guy, and at first, everything seems cute and sweet. Then suddenly, the spark fades away, and that intense initial connection weakens. You go from texting all day to barely getting a good morning text or even being left unread for hours or days. What gives?

While men like to put up a big ‘tough guy’ front, they are actually sensitive creatures. There are many reasons why men pull away after getting close. Some men have been scarred by previous experiences, or they might be afraid of rejection. Many men are emotionally immature, which can lead to them showing signs of emotional unavailability. In some cases, men might be held back by other feelings, be afraid of commitment, or even just want more space.

Moving on from past relationships is very tough, especially when the relationship was genuine or intense. Emotional scars from the past can interfere with your current relationship and make it hard for you to give your all to a new partner. Even though they might have a hard time showing it, men can suffer heartbreak too. This can be a reason why guys pull away after getting close. If your man has emotional trauma from a past relationship, he may be feeling afraid of commitment.

Emotional unavailability is a principal reason why men pull away after getting close to you. If a man recognizes that his feelings for you are too strong, he might not be able to understand how to handle them. This is when he’ll start pushing you away or pulling back: he is feeling intense emotions for you and doesn’t have the emotional skills to know how to process these feelings. Think of this as being the adult version of a little boy who doesn’t know how to tell his crush he likes her.

To be fair, relationships are demanding. It’s possible that your guy might fear accepting his feelings for you. The idea of dating might be appealing, but the emotional attachments that come with it might get overwhelming or feel frightening to him. It might take some time for him to work through everything. This is one reason why he might temporarily pull away from you.

Many men are scared to enter a serious relationship. The thought of a long-term relationship may freak them out: they might see things moving fast and suddenly be afraid of getting married, having kids, buying a minivan…the evolution from a single guy to a family man can seem scary. If he fears making serious relationship decisions or labeling it as official, he probably has a commitment phobia.

One reason why guys pull away after getting close is that your man might be distracted by other feelings. He might be worrying about the future, feeling insecure about himself, or still processing relationship issues from his past. Men work differently than women and often seem to have less bandwidth to process emotional issues. It’s also possible that other emotions he feels may be hard for him to process, which may drive them away from the emotional needs of a strong relationship. However, once men get their emotions straightened out, they will likely feel a need to come back to you.

A Need For Space

A common reason for a man to pull away is because of his need for space. He may be stressed about other issues that are consuming his headspace. He might want to clear his mind about something stressful, or he might be feeling like the relationship is getting too intense for him.

Most men prefer having space to clear their minds and bring their thoughts together. When they’re feeling saturated with feelings, they prefer space and solitude to think things over. You can’t force a man to open up to you. The best thing you can do is give him some space and offer to be there when he needs you. Pressure will make him feel stressed and probably push him away even more.

Why do guys pull away and then come back? Another reason is to gain perspective. A man might be upset over something you did or something about the relationship that’s bothering him, or he might be reflecting on his past experiences. To clear his mind and think about these things properly, he pulls away. On these occasions, he’s just trying to manage and handle the situation independently.

When you’re trying to figure out why men pull away after getting close, you should consider that he might be feeling strongly for you. Intensity might be scary to him. And in some cases, the evidence backs that up: It’s been proven that relationships that progress quickly usually aren’t healthy and may not last long. The spark and excitement fade if two people take things too fast. If your relationship had a hot start, your man might be getting second thoughts. He might pull away from the relationship to try and pump the brakes to avoid rushing into everything.

Why Men Come Back After Pulling Away from a Relationship

The real question that every heartbroken woman thinks about is: will he come back to me? It can be hard to understand why guys pull away after getting close. Usually, men will come back to you, but sometimes they may decide they do not want to be in a relationship.  The reasons can be complicated. In general, if a man comes back to you, he finds himself regretting his decision to pull away, feels guilty about leaving, or knows he’ll never find someone like you.

Research says that 43% of men regret breaking up with their women. Often, it doesn’t take long for them to realize what a huge mistake they’ve made.

A relationship works two ways: both partners need to put in the effort if they want it to work. If one partner backs out or fails to communicate his needs, then the relationship is doomed to fail. After the situation has calmed down and the man realizes that the breakup was a bad idea, he’ll return.

Why do guys pull away and then come back? Sometimes, they just feel guilty. Most genuine men are honest and open about how they feel. If they don’t feel the connection or if they don’t see a future with someone, they might say it out clearly instead of leading the woman on with false hope. These types of men feel guilt after they unintentionally break your heart. The reason for the breakup might be legitimate, but the man may still genuinely care about the woman and come back out of a feeling of guilt or obligation. This is not a healthy dynamic: if your man refuses to commit, comes and goes, or seems to stay out of a sense of obligation, your relationship is not likely to succeed.

He Won’t Be Able to Find Someone Like You

When a relationship ends, the man and woman may seek other potential partners. Nobody’s perfect. If a man dates another woman, she too will have flaws that can’t be eliminated. If a man realizes that the bond he had with his ex was different, unique, and can’t be made with anyone else, he might run back to her. Every relationship has its ups and downs; it depends on how two people compromise and make it better. If the man’s willing to give the relationship another shot, he’ll come back to you and ask you to give him another chance.

So why do guys pull away and then come back? When trying to understand why guys pull away after getting close, it’s important to understand that men are not always good at being in touch with their emotions. The reasons why men pull away after getting close can be complicated, but they’re not completely inscrutable. Regardless, if a man comes crawling back after pulling away, you need to ask yourself whether he’s worth it. If yes, it might be worth it to try to mend your relationship, learn from your mistakes, give him space, and communicate. And if it isn’t worth it, set him free and know that there’s a better man out there.