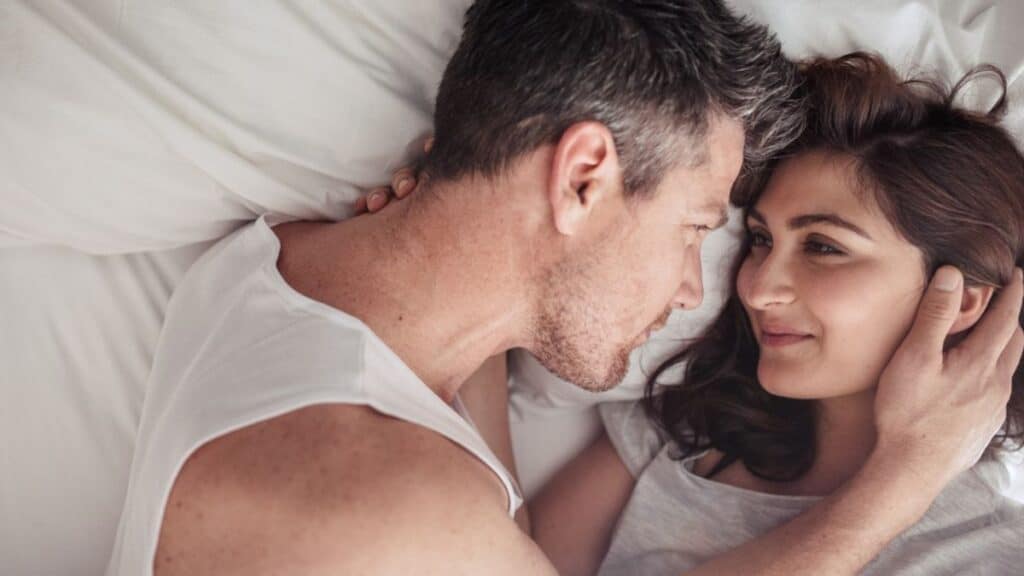 What Is Real Sex and What Isn’t?

Merriam Webster defines intercourse as “the sexual, physical contact between people or groups of people in which at minimum one person’s genitalia is involved.” It further explains this exchange or communion of communicating feelings to one another. However, today’s sex-phobic translation is penis-in-vagina (PIV; yeah, that’s hot, right? No.), altogether omitting the best of sex; foreplay! Most women can’t truly prep for sex without it. Sex is communication, of sorts, in which all parties involved deserve an orgasm! And, with that, does this exclude the components to having good sex? What about, oral sex, anal sex, sex toys and digital intercourse, outercourse, aren’t they all forms of sex? Who’s to say that all or none of these aren’t sex? Truly, sex is so personal! That’s why real sex is so hard to define. What real sex means to one person can be completely the opposite to another.

A real face-to-face encounter can be the most apparent setting of , but is cybersex ? There are certainly the emotional, social aspects of cyber-sex. Also, there are real dangers, too. The danger of cybersex is the revenge photo leaks that make it so damning. So, if you’re considering sending nudes and almost nudes, please reconsider.

As for most sexually active people, there are so many preferences and different sexualities that it’s hard to keep track of everything. A physical encounter with two lesbians is going to, obviously, not have penis-in-vagina sex. However, using a trusty sex toy, they very well could simulate a heterosexual sex act. Especially when you add into the mix the transgender and the non-binary individuals, the “real” sex definition is altered a bit. It can’t be just PIV. There’s much more than the definition of sex that gets left out for straight women and men.

What Consists of For Real People

Whether you identify as straight, bisexual, pansexual, or even abstinent with an occasional romp in the outercourse field, sex should feel about the same. For one, sex should always feel good, and you should have a partner to which you can express discomfort to find what’s best for both of you. With good sex and an orgasm for all parties involved, we release our dopamine and oxytocin, leading to pair bonding. The more frequent good sex is within the pair, the stronger the bond. It’s so scientific and beautiful. Oxytocin is also the love hormone that makes birthing children and caring for them possible. It’s the official hormone of love. Dopamine is the happy hormone that helps with your mood and wellbeing. So, it’s an orgasmic match made in heaven!

Also, there’s a factor of communication that you should be comfortable enough with your partner(s) to have the room to say no. The fact of the matter is that two people aren’t always going to want sex simultaneously. It’s physically impossible. So, in turn, you should always extend the same respect. There are many factors, like your physical condition, especially with having any chronic illnesses. There are times when you’re too stressed to even think about sexual intercourse, too. Then, there are the days you’ve had in which you fantasize about sleep rather than foreplay. And that’s ok! You should never be subject to coercion, emotional or physical abuse, or sexual assault in any relationship. No matter who you are, man or woman, it happens to most people, and in the chance of violence, call the police and get out of there. When the relationship is deep in sexual abuse or abuse, know that you don’t deserve the abuse, and it’ll only worsen, so make a plan and get somewhere safe. The police in the US know the symbol of abuse (open hand made into a four, then the rest of the fingers close over the thumb from the four, as if counting) and will help you. Sex and love shouldn’t hurt!

Let’s start with vaginal sex, then. So, we all know the old-fashioned PIV sex or heterosexual sexual intercourse. Each sexual experience should contain consent from both partners and start with some foreplay. A woman needs sexual arousal before any vaginal sex. That can be a sensual massage or even kissing. You can kiss her in all her known erogenous zones, like her back, neck, inner thighs, and tummy. Then, still, give the attention a woman needs and deserves with oral sex. Please use a dental dam to practice safe sex if this is a first-time partner. If a woman is allergic to latex, you can improvise with a thin nitrile glove. Just cut out a piece of the glove into a small square and place it over her labia. Some women may not need much foreplay, especially in a budding relationship, or, if she feels vulnerable and self-conscious, she may need more. Sexual desire comes on slowly at times and instantly at others. It is why consent is so important.

Fake Sex Is Not

A very minuscule amount of the videos are teaching good sex habits. It’s incredibly rare that a porn star is wearing a condom and pulling out isn’t going to protect you from an unwanted pregnancy! And we know you know that an unwanted pregnancy is just as bad, if not worse, than an unwanted sexually transmitted infection or disease. An STI differs from an STD in that usually an infection can be treated once, but a disease is treated for the rest of your life and will follow you through every relationship you’ll ever have. You’ll need to be upfront and honest about your disease with every partner which leaves you vulnerable to sharing your private health information and without knowing who’s going to respect your privacy. There are real consequences to having irresponsible sex. It can happen to you, too; you’re not invincible. Unexpected pregnancies, STIs, and STDs happen to the best of us!

To begin, your stepbrother doesn’t want to have a threesome with you and your best gal pal, and that’s a promise. Your stepsister doesn’t want a cream pie (no, we’re not talking about Little Debbies) from you, but she probably does want you to give up the shotgun seat or the X-Box once in a while. You’ll not be propositioned by the parents of the kids you babysit for sex in place of payment. If that does ever happen, you should call the police and get a restraining order while the investigation gets underway (especially if you’re underage). These are all fantasy scenarios, and all of the actors’ ages are verified over the age of 18.

Men and What They Bring to the Conversation

So, with porn addiction rampant in the world, there’s another problem with the men we hate to love. Erectile dysfunction affects about 50% of men over the age of 40. There are many reasons why a man can have a problem with getting an erection or have a low libido. Some of these things may include obesity, high blood pressure, age, or testosterone levels. In fact, there are women that have the same sexual dysfunction as it pertains to the ability to produce adequate wetness coupled with hormone imbalances. Testosterone is a hormone that men produce more of as a biological male, biological women produce estrogen. These are vital hormones for everything for each gender, especially sex. If you’re not producing the hormone efficiently anymore, you’ll lose not only interest in sex but the ability to have sex. So, sexual dysfunction doesn’t just affect men, it’s just talked about more.

Remember: is consensual sex, and is safe sex.