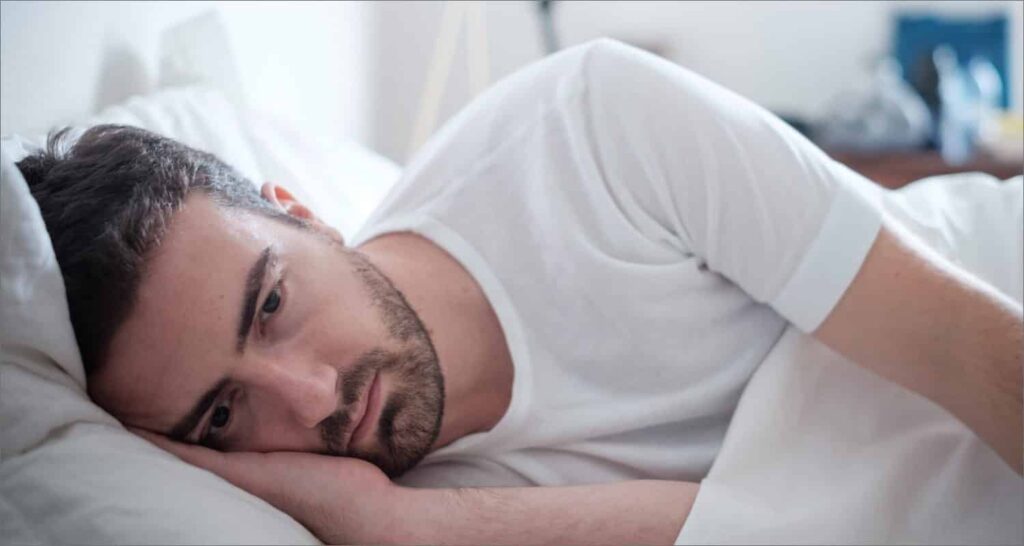 Is Depression a Mental Illness?

The American Academy of Psychiatry describes mental illnesses as “health conditions involving changes in emotion, thinking, or behavior.” A mental illness is also any condition that causes disordered thinking that leads to emotional distress. Thus, mental illness is a blanket term that refers to all kinds of mental health disorders that can interfere with an individual’s social, family, or working life.

So, with all of that in mind, is depression a mental illness? The answer is an unequivocal yes. Depression is a mental illness that can affect how a person feels, thinks, and acts. While it is stereotyped as a feeling of great sadness, depression affects people differently. Many people report feeling sad, but depression can also manifest as emotional detachment, loss of energy, a loss of interest in things that were once enjoyable, sleep disturbances, and trouble focusing or making decisions.

These symptoms may come to all of us at times. However, for someone to be diagnosed with depression, they must experience symptoms of depression for at least two weeks, and the depression must change their level of functioning from the baseline. Some would argue that functionality is not a good differentiator of pathology. In other words, having the symptoms indicates the disease regardless of whether it affects your daily life. This kind of depression is considered high-functioning depression, which we’ll talk about later.

Depression is relatively common. About 6.7% of adults in the United States suffer from depression on an average day, and throughout a lifetime, approximately one in six people will experience depression. While the stereotypical portrayal of depression might involve an older person or a teenager, the truth is that depression can strike at any point in somebody’s life. It does tend to emerge in the late teens to early twenties, but doctors can diagnose clinical depression at any age.

Is depression a mental illness in the case of grief? Many people who are grieving experience sadness and withdrawal and might characterize themselves as depressed. After all, it’s normal to feel symptoms of depression when you are grieving a loss. However, there are some key differences between clinical depression and grief.

The symptoms of depression are generally stable. People who are depressed tend to stay depressed. While in a state of grief, these feelings are often transient and come and go throughout the day. Or they may be intermingled with pleasant and happy memories. Another critical difference between depression and grief is self-esteem. People suffering from depression frequently have feelings of worthlessness and self-loathing. These feelings are not usually associated with grief. However, grief can lead to clinical depression in serious cases.

Genetics. If your first-degree relatives – e.g., siblings or parents – have depression, your risk of developing depression is two to three times greater than the average person. However, this does not mean that you are guaranteed to have depression: it is just an increase in your risk. In addition, many people suffer from depression who do not have any family history of depression.

Death or Loss. It is normal to experience some symptoms of depression when grieving. However, grief can sometimes transition to what is called complicated grief. This condition shares many of the same symptoms as depression and can lead to clinical depression if not treated.

Conflict and Abuse. We all have times in our lives when we experience conflict with friends and family, and if this conflict becomes serious, it can trigger a depressive episode. Family conflicts can trigger depression in anybody, but children and teens are especially at risk. Whether emotional, verbal, physical, or sexual, a history of abuse can also trigger depression.

Life Changes. While we might think of depression as being triggered by sad life changes, such as being fired, getting a divorce, or losing a home, even happy life changes such as graduating from college or having a baby can bring on depression. There are many possible causes for these kinds of depression, such as emotional distress, anxiety, or hormonal shifts, but the depression itself is no less real.

Illness. Major illness or even injury can trigger depression. Common illnesses that are associated with depression include sleep disturbances, chronic pain, anxiety, and ADHD. Other kinds of chronic illness can also cause depression as people are forced to adjust to changes in their bodies and physical capabilities.

Is Depression a Mental Illness if it is Circumstantial?

The answer to this is yes. High-functioning depression is sometimes known as dysthymia or dysthymic disorder. Sometimes, the people who we least expect to be depressed may be suffering from this insidious mental illness underneath a facade of functionality. High-functioning depression can be thought of as an invisible illness: people who suffer from this variant of depression can often function normally, holding down jobs, having families, living life. However, their ability to enjoy life is impaired. One patient described it as “an ever-present emotional chalkboard scrape.”

What does it look like when someone has high functioning depression? They may show up to work and do their jobs but avoid or minimize interacting with coworkers. They may find themselves struggling to complete work tasks or finding ways to avoid them altogether on the sly. They may quit activities, clubs, or hobbies that once gave them joy as they no longer find fulfillment in them. For people who suffer from high functioning depression, every day can be a struggle to keep it together, even though they may not show it on the surface.

What are the treatments for depression? Most people will find that a combination of medication and psychotherapy is the most effective treatment for depression. People may need to participate in an outpatient mental health program or consider alternative treatments like electroconvulsive therapy and transcranial magnetic stimulation in severe cases. If people are depressed to the point of becoming non-functional, or if they begin experiencing suicidal or homicidal ideation, they will likely need to be hospitalized in an inpatient psychiatric facility until their symptoms are better controlled, but most people who suffer from depression will not require this level of treatment.

Medications to treat depression are classified by their mechanism of action. Perhaps the most common medication for depression is the selective serotonin reuptake inhibitor or SSRI. SSRI drugs work and are widely considered to be safe and effective. SSRIs work by increasing the level of serotonin, a neurotransmitter, in the patient’s brain. Examples of SSRIs include drugs like paroxetine (Paxil), escitalopram (Lexapro), or sertraline (Zoloft).

Another class of medications is called serotonin-norepinephrine reuptake inhibitors, or SNRIs. These work much like their cousins, the SSRIs, but they also inhibit the brain’s reuptake of norepinephrine. In addition to working as antidepressants, these drugs can also help relieve chronic nerve pain. Medications like duloxetine (Cymbalta) and venlafaxine (Effexor XR) are SNRIs.

The third major category of antidepressants is tricyclic antidepressants. These drugs are a little older and have largely been replaced by SSRIs and SNRIs. Tricyclics such as doxepin and nortriptyline have worse side effects than the more modern medications and are usually only prescribed if modern antidepressants have failed to work.

Psychotherapy might sound frightening or uncomfortable: we all think of a patient on a couch in a psychiatrist’s office, being asked about his mother. This stereotype is untrue and unhelpful: therapy is an effective way to treat mental illness, sometimes including depression. Different kinds of therapy are designed to treat mental health in different ways. One popular therapeutic model today is Cognitive-Behavioral Therapy (CBT). CBT is a kind of therapy that helps you recognize unhelpful inner thoughts and unlearn ingrained patterns of dysfunction. CBT can also help people develop better coping skills, which can alleviate symptoms and help people function better. Other goals of therapy might include realistic goal-setting, identifying negative beliefs and replacing them with positive ones, changing behaviors that exacerbate depression, discussing relationships with others, or regaining a sense of control.

In severe cases, a psychiatrist might recommend the use of an alternative therapy modality. Two alternative therapies are commonly used: electroconvulsive therapy (ECT) and transcranial magnetic stimulation (TMS). ECT involves the use of targeted electrical currents to disrupt and reset brain activity. ECT is commonly referred to as electric shock therapy, and while that is a bit of an oversimplification, ECT can help relieve symptoms for people whose depression is difficult to treat. TMS, a newer option, uses targeted magnetic impulses to stimulate your brain’s mood centers to relieve depression. These treatments are uncommon except in very serious cases of depression.

Even in the age of information, many people remain ignorant about depression. It is common to hear stereotypes that refer to depressed people as lazy, or claim that they are faking symptoms, or that depression is a result of weakness. These stereotypes are often used to bait people into watching videos or engaging with social media posts to sell them ‘alternative’ medicine. The truth is that depression is a mental illness that can affect anybody, and it is not a person’s fault when they get depressed.

How To Start Living for Yourself and Not Others

8 Reasons To Stop Asking Yourself: Am I Ugly?

Why You Should Start Living for Yourself

How To Get Out of Your Head